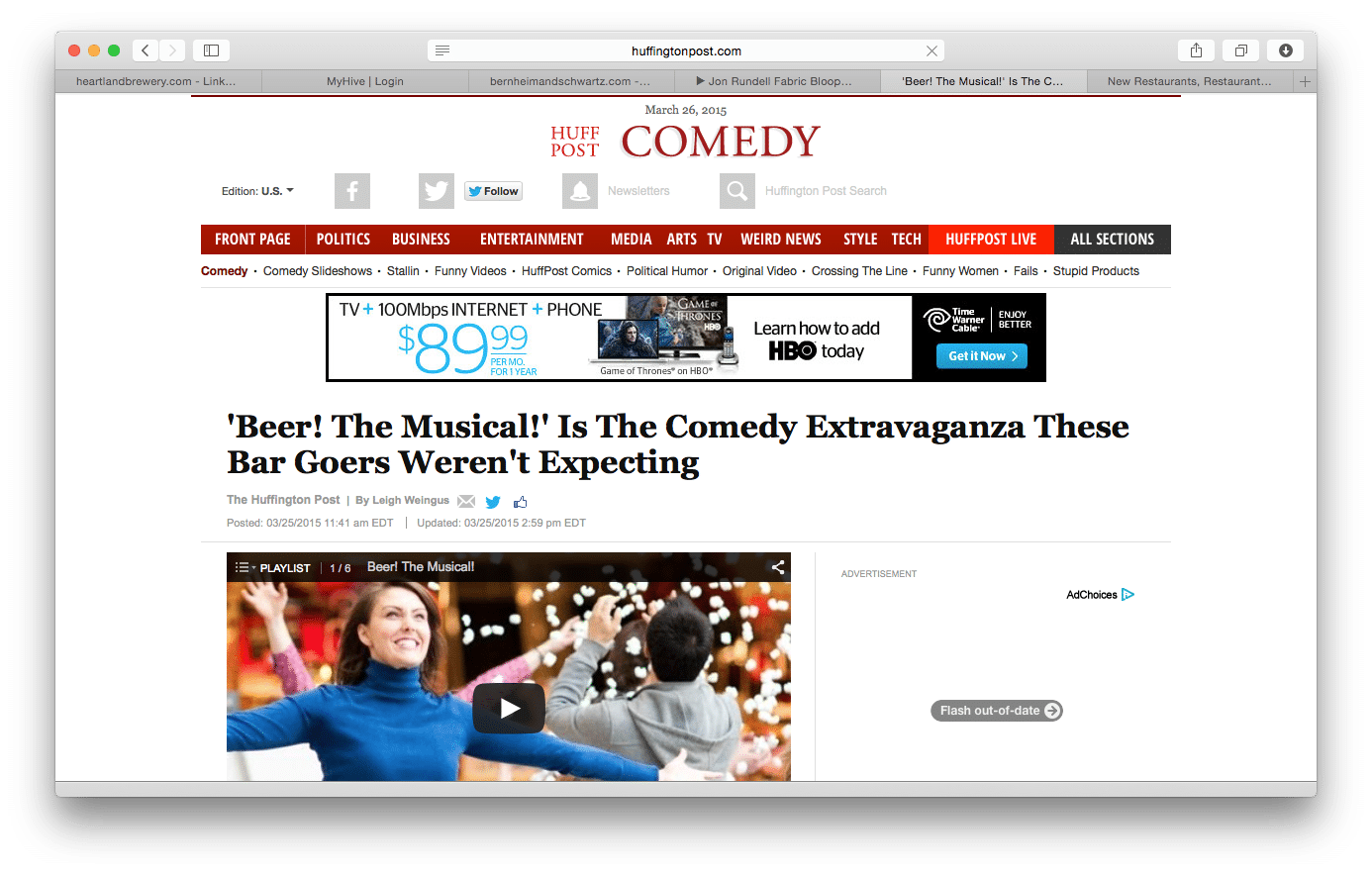 Finally, a musical that’s all about beer!

Patrons at New York City’s brew pub Houston Hall were taken by surprise Wednesday when actors posing as employees and patrons broke into song, helping a nervous castmate with minimal beer knowledge pick the perfect brew for his date.

“Beer! The Musical” is the first spontaneous musical in over three years for Improv Everywhere, the comedy group behind “Frozen Grand Central” and the “No Pants Subway Ride.”

“We got tons of great reactions throughout the night. We actually staged it several times over the course of the evening, resetting an hour in between takes to let the crowd turn over,” Improv Everywhere’s Charlie Todd explained. “After each take the cast blended back in with the bar, acting like nothing unusual happened at all.”

Here’s to hoping this one makes it to Broadway.

Love this place it is one of my first stop after work .

Good prices and the biggest venue!! Love this place for friends and family to Hang our. Biggest bar I've ever been in ny and there's great vibes here! I went on a Monday and they had half off certain drinks and it was very worth it!

I stopped by for a friends birthday - loved the ambiance and the vibe. Will definitely be returning again soon!!

Bartenders are so attentive and nice and cute and fun and the drinks are bomb!!! Jake was perfect, Pam is everything and Tony set the pace. Cheers! Really Cool Spot This place was awesome!!! We just so happened to walk down a random street and ran into this gem. This has such a cool vibe to it and takes you back in time. Definitely stop in here and have a drink in this really cool place. You will find many other places like this. The bar was awesome.

This place has the best bar food in Manhattan. The food and the service were amazing. I will be coming back here with the wife, so she can experience it.

Oh my God, I cannot say enough about Irma. What a friendly face to come and greet you. So helpful and knowledgeable about what's happening at this bar. Edison the bar back was equally helpful and delightful. Ambience, the location and the beers make for a comfortable environment. This place is a Wynn.

40 Most Unique Wedding Venues Around The USA